A visit to the Cornershop

It wouldn’t be unfair to say that I am a cultural philistine. I can look at the works of the great artists such as Constanble, Turner et al and appreciate that they have something but they do nothing for me. On the other hand something like Tracey Emin’s unmade bed just makes me think WTF? In short I don’t bother going to art galleries because I’d be bored senseless and just want to leave very quickly.

As anyone who follows Mark Sparrow on twitter (or read this post by Anna – or any of the other publicity) will know by now, his daughter, Lucy, has, for the month of August, been manning a cornershop in East London stuffed full of things you might find in any other cornershop. But with one small difference: all the items on display are made of felt and put together by Lucy herself.

I first found about this when, having asked Mark if he’d like to meet for lunch on my way back from the West Country on August 1st, he blew me off having realised it co-incided with the grand opening. (No, Mark, I won’t tell Lucy you initially agreed and then had to back out once you’d remembered. :D)

My curisoity peaked, I finally found some time to walk over there after work one day nd have a nose around. As you do, I took some pictures as well. 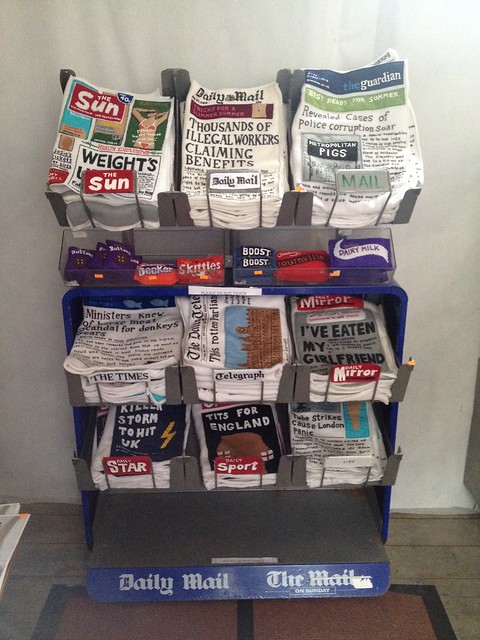 If you looked at the pictures, I expect you can realise that Lucy has certainly put in a lot of effort to produce this. Something like 6 months or so I believe and the end result is certainly a testiment to this. Philistine that I am, I can appreciate this even if I’m baffled as to why.

Category: Out and About