Never one to miss an opportunity to suck up to the bully, Labour scion Dan Hodges barely manages to allow the bodies of those murdered in the Paris attacks on Friday to cool off before using his Torygraph column to call for us to welcome even more state intrusion in to our lives by supporting the monstrously illiberal Communications Data Bill (aka the Snooper’s Charter). This will, he believes*, ensure that London isn’t itself the target of such an atrocity.

He offers no evidence as to why we should do so, just the emotive plea of someone who thinks that he can gain security by sacrificing the civil liberties of 65m or so people.

The brutal truth, although you might not like it very much, is that the price of living in a liberal democracy is that occasionally we will be the victims of an outrage such as we saw in Paris on Friday night.

No, that doesn’t mean I want to see people murdered in cold blood. Nor does it mean that I disapprove of sensible precautionary measures that may prevent incidents (such as not allowing those with mental health issues to have access to firearms**).

What it does mean is that I am an intelligent, grown-up human being who accepts the possibility of it occurring rather than someone who is so scared that something bad might happen to me that I wish to sacrifice my freedom in order to be swaddled in the dubious comfort blanket of the police state.

* Whilst, no doubt, furiously working himself in to a state of pleasure at the thought of Theresa May in black leather standing over him praising him for this loyalty to the cause.

** Related to this is the need to stop kicking meaningful mental health reform in to the long grass. 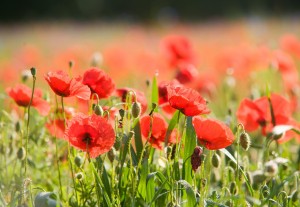 In the last 12 months the following have died whilst in the service of their country:

List of British military deaths courtesy of the BBC
Category: UK  |  Comments Off