“Do you wanna see me do the shimmy again?” 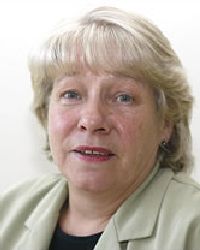 The latest prohibitionist to come to my attention is one Sandra White, SNP MSP for Glasgow Kelvin. Ms White, it seems, has a bit of a bee in her bonnet about lap dancing clubs. In fact she dislikes them so much she would like to give councils in Scotland the power to close down each and every one of them without fearing any legal come back:

Glasgow MSP Sandra White is calling for laws to ensure all Scottish councils are given powers to refuse applications – and to choose to close down all lap dancing clubs.

Ms White, who believes lap dancing is exploitative to women and that it is a front for the sex trade, will propose clubs should be subject to a strict licensing regime.

This would let councils set the acceptable local number at zero. The SNP MSP is ready to lodge a Private Member’s Bill, which will then go to consultation.

She said: “I feel so strongly about this and that is why I’m going down this route. This would give councillors the choice to say if one lap dancing club is too many.

“Under this legislation they would be able to decide that and not risk being taken to court by lap dancing club owners.

“It would not be mandatory and the decision would lie with each local authority.

“I am hopeful this legislation will be passed eventually.”

Yes, that’s right, apparently we can make the lap dancers safer by driving their places of employment* underground. Could someone please remind me how that approach made the lives of prostitutes and drug users safer?

This isn’t Ms White’s first go either. Her last try, two years ago, was rejected by 76 votes to 45 despite being backed by Justice Secretary Kenny MacAskill. The Scottish Government has signalled that it will back her again.

The only crumb of comfort that I can see is that she didn’t try to claim that ‘it is for the children’. Perhaps she’s saving that for the next attempt (assuming that this one fails)?

* My understanding of the matter is that lap dancers are typically self-employed and pay a sum to the club owner to work there. In return they keep what money they make from the punters.
Tags: lap dancing, Sandra White, Scotland
Category: Sex, UK  |  12 Comments