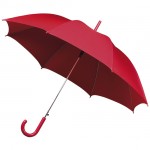 Every Friday 13th Maggie McNeill asks people to speak out in support of the decriminalisation of sex work and activities surrounding it. Those who have read this blog for long enough or follow me on twitter will have realised by now that this is something I support wholeheartedly.

Why the support? Obviously as a libertarian I see no reason why consensual contractual interactions between adults should incur the wrath of the violent state but there is more to it than that. I’ve previously mentioned that I’m known to enjoy the kinkier side of life. This includes activities that the anti-sex wing of the puritans who seek to rule our lives would prefer wasn’t available to be seen. That’s not the whole story either.

There have also been a couple of moments in my life when, if things had happened very differently, survival sex work could well have been a necessity. For me it may have been the path not taken but others have had to walk it and some will have suffered as a result of activities which could have made it safer being outlawed.

We in Great Britain (note I do not say UK) are fortunate in that prostitution in and of itself is not illegal – however activities such as brothel keeping (which stops sex workers grouping together for their own protection) are. This is not the case in other countries. In the so-called ‘Land of the Free’ prostitution is illegal and rescuing ‘victims’ is big business for both law enforcement and charities. Sweden pioneered what is now referred to as either the ‘Swedish Model’ or the ‘Nordic Model’. Under this approach the customers of sex workers are prosecuted. Northern Ireland is following this route and the Canadian government, after their Supreme Court struck down all of the laws surrounding sex work because it ruled them harmful, is trying the same even though the government there admits it is likely to be only a matter of time before another challenge in the Supreme Court produces the same result.

New Zealand has shown the way forward. It would be nice if the rest of the world followed.