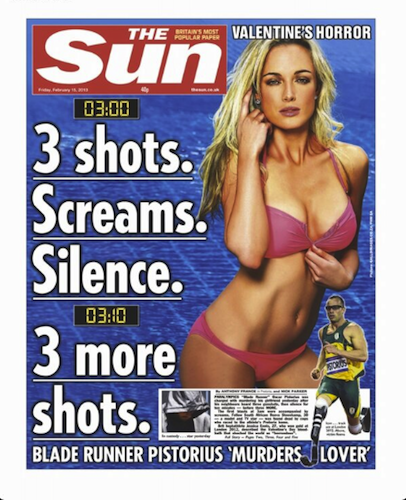 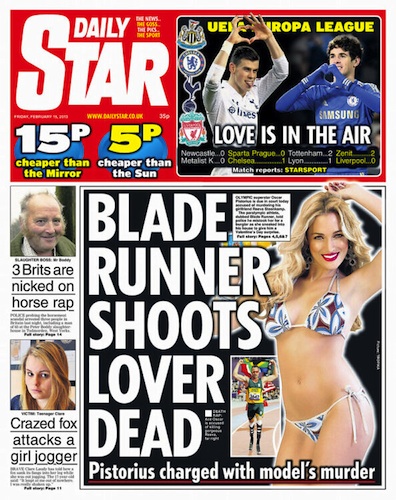 Given the issues that Sky were having in obtaining permission to broadcast the first one day international between Inda and England today what John Etheridge is suggesting in this tweet may have been true and necessary.

However given the trouble News Corp. is in thanks to the ‘phone hacking’ scandal in the UK and the emerging ‘circulation scam‘ at the european edition of the Wall Street Journal, I’m not sure they really need one of their reporters, even if it is only the cricket correspondant of the Sun, openly suggesting bribery.

Would someone who knows more about the Bribery Act 2010 than I be able to say if such an act, if it happened, falls foul of it?

And the winner is…

The scandal engulfing the News of the Screws has finally claimed a scalp… that of the paper itself.

Does this in any way harm Murdoch and News Corporation? Not that I can see. Rather I would posit that it has strengthened his financial position.

With the closure of the Screws as a title, News Corp no longer needs to maintain two identities in the UK red top market and can thus streamline its operations. They no longer need a separate website, employment structure or any of the other paraphernalia which goes with a business.

Make no mistake, this kerfuffle means that the Screws and the Sun can be merged. Jobs will be lost, dead weight trimmed and the News Corporation media empire will emerge from the whole business bloodied but very much unbowed and be better off financially.

The advertisers who have quit or who are considering their positions can slink back satisfied that the brand which they rejected is no longer there whilst probably renegotiating their contracts with the Sun. Who knows, they might even end up speaking to the same account manager…

Yes, the News of the World may no longer darken the newsagents shelves after this Sunday but I would be somewhat surprised if there wasn’t a Sunday tabloid paper from the Murdoch stable on the shelves on the morning of 17th July.

All that remains to be seen is whether it goes by the Sun, the Sunday Sun or the Sun on Sunday.